Sunset. View From my Terrace. 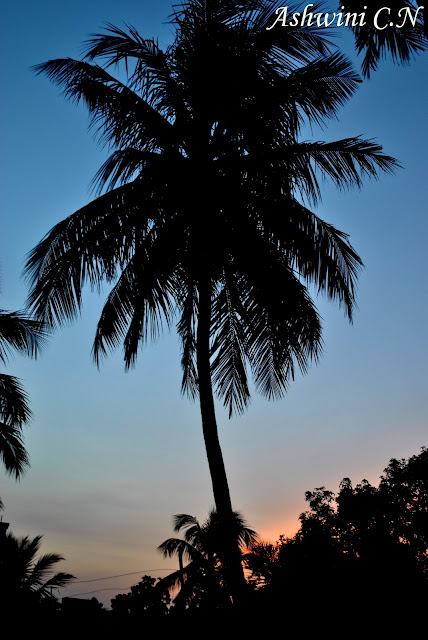 In our lives too, the Sun keeps setting and rising(situations, emotions,relationships). We should be smart enough to use both to our advantage. We should know what should be done when the sun rises and what can be done when it sets.
By Ashwini C N 44 comments:

This book by Rajeev Nanda is collection of stories, or rather, conversations about Life. It includes a few poetic verses as well. The words in the poem and the meaning conveyed through those powerful emotions portrayed by the words, are more than enough for anyone to realize, why Life has not been going the way they hoped it would. It addresses the simple needs and thoughts, which naturally most of us take it for granted. The poems point to the various themes which the author discusses in the book. There is a story for every theme that handles the various aspects and the varying phases in one’s life.

Everything in life comes down to how one learns the art of balancing. It is defined by a line.
For instance,If you need to measure the level of confidence of a person on a scale, it would range from, Not confident, Confident, to Over Confident.
At the outset it would be easy to distinguish people who are not confident and those who are over confident. But how would you define a confident person? Somewhere between the Over-confident and the Not so confident people are those with the optimum level of confidence, in the midst of the two, bang on the line. Swaying a little to either of the sides would make a difference, gradually. So it all depends on that thin line of separation between the two. One shouldn't appear too humble which would portray that they have no confidence. Neither should one appear as a ”know-it-all”, which would go on to say they are over confident. It should be a proportionate balance between the two.
Read More... »
By Ashwini C N 33 comments:

Book Review : I Luv My Lyf ,By Chital Mehta

I Luv My Lyf . A book by Chital Mehta. This book is about a teenage girl who has just completed her School and is all set to join College. As she steps into an entirely different world, she faces the reality of life and realizes that college life, though fun and happening, is not a bed full of roses. She meets new people and tries to step out of the boundary which she once made for herself and  tries making new friends. This book takes us through her three years in College, her relationship with her friends, the misunderstandings, the ragging and everything one would have experienced in their college lives.

IndiBlogger Meet at 'Namma Chennai” And I was going to miss it? Not at all!
I was super excited when I received a mail from Indiblogger, about the Chennai Meet which they'd planned, since this was going to be the first time I would be  participating and I made sure I’d made arrangements to see to it that I do not have any prior engagements on the same day. Though I did not know many bloggers from Chennai( Yes, that was before the Meet, Now I know a lot of them from Chennai), I was looking forward to see those whom I’d established contact with and of course, to meet new bloggers and make new friends as well.

What's making me Smile these days?

Email ThisBlogThis!Share to TwitterShare to FacebookShare to Pinterest
Labels: Inspiring, Me, Random 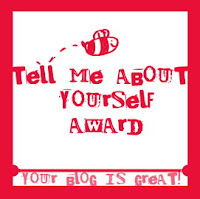 Yay!!! It's time to celebrate, Again :-)
Thank you Namrata Mahalingam  for giving me the award. I'm so honored to receive it from you :-)
I've already listed seven things about me here, Anyway here is another 7 things about me.

Book Review : Are you the one for Me, By Chital Mehta

“Are you the one forMe?”. As the title goes, This book by Chital Mehta revolves around the life of a woman, as she sets out to find her Mr Right, her experiences of being in love with her dream guy, the heart breaks she suffers, her resolution never to fall in love; with a lot of theatrics, typical of us Indian girls;and then naturally going on to break her resolution. Chital Mehta brings out what every woman goes through emotionally, when they set out to find out the right person for them.

Silent Musings of a Forlorn Heart

She felt lonely, even in a crowd;

Lost in her thoughts, miles away from where she was. 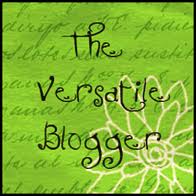 As per the Rules of The Versatile Blogger Award, I'm supposed list 7 things about myself (you can read it here) and Pass on the award. So Here are the Bloggers, who I feel should receive this award.
* Anand of Life's like that. He writes about life in general and it is a pleasure to read his posts. He writes so very well on simple things in life, which most of us have either forgotten or taken for granted. I am a great fan of his blog. His post, Don't haste in life is one of his best posts(what I feel).
Read More... »
By Ashwini C N 14 comments: